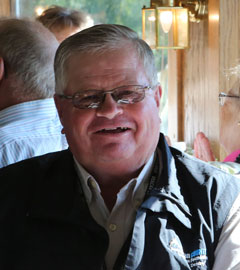 Murray Wilson McLean was born on July 12, 1954, in Calgary to Ken and Doris McLean. He and his four siblings were raised on the family farm in the Berrywater/Eastway district northeast of Vulcan, which his grandfather had homesteaded in 1909. Murray married his childhood sweetheart Norma Rushfeldt. He continued to farm with his father after Murray and Norma purchased their present farm in 1973, raising their own family. They continued their cow/calf operation, and Murray and Norma were indeed a team, right up until his passing.

Murray was a very engaged and active board member of the Vulcan County Health & Wellness Foundation. He impacted many with his quick wit and a keen sense of humour. He was beloved by an entire community, and he is missed dearly.